Samsung Galaxy S22 And IPhone 13 Comparison: Which One Should You Have?

Early 2022, the fact that iPhone 13 is one of the best smartphones in the world is an undeniable fact. However, the release of Samsung Galaxy S22 has made everyone have a second look. So, what are the differences between the two tech-giant flagships? Which one should you buy? This Samsung Galaxy S22 and iPhone 13 comparison article will help you answer this question. Let’s find out, shall we!!

Both Galaxy S22 and iPhone 13 are flagships of two of the most powerful smartphone manufacturers, that is Samsung and Apple, therefore these two will have the most advanced and distinctive design. However, many reviewers have agreed that the Galaxy S22 design is so much better looking than the iPhone 13. 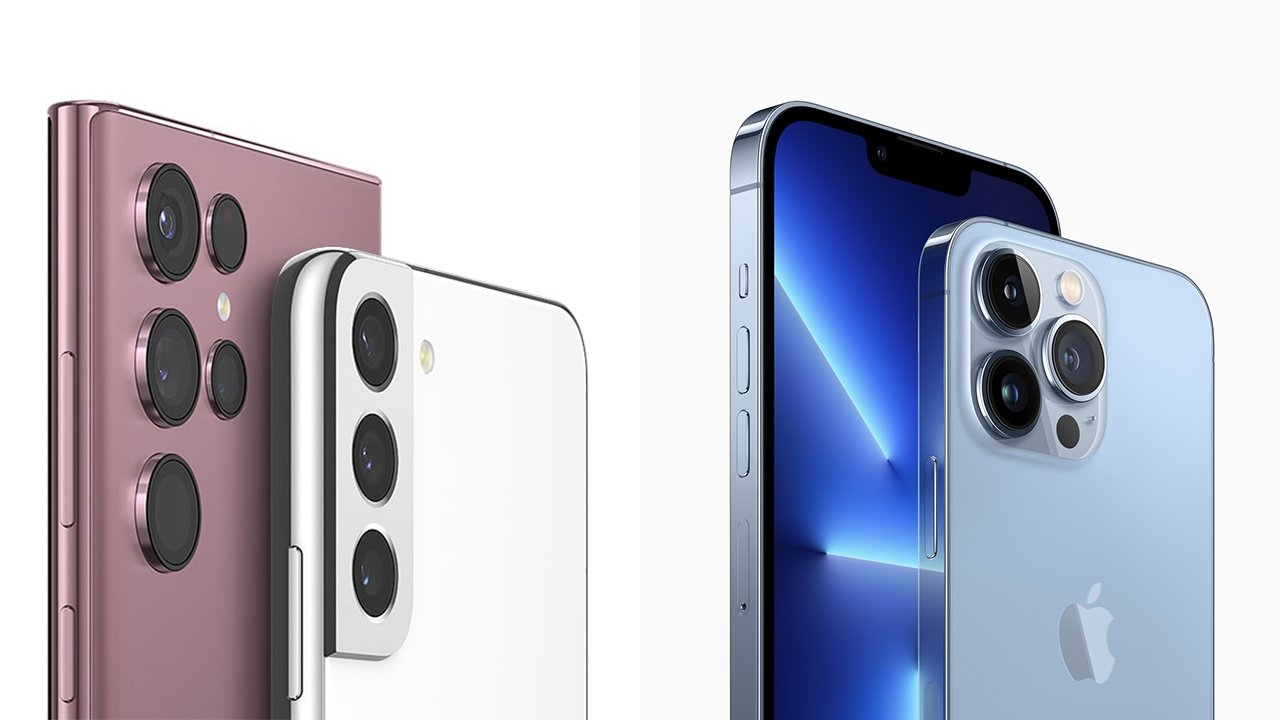 The Samsung’s flagship possesses a stunning screen, and the bezel thin edges, as well as synchronized color between the camera cluster and the back. It also comes with a series of modern and dynamic colors for users to choose, from blue, pink, black to white.

Meanwhile, the iPhone 13 has a quite obsolete notch design and the square camera cluster, which we have already witnessed from the last two versions, iPhone 11 and iPhone 12. In terms of color, iPhone 13 has a series of 5 colors: white, black, pink, blue and red.

Overall, both of these smartphones are combinations of metal frame and shiny glass back. Both would also have IP68 in dust and water resistance. 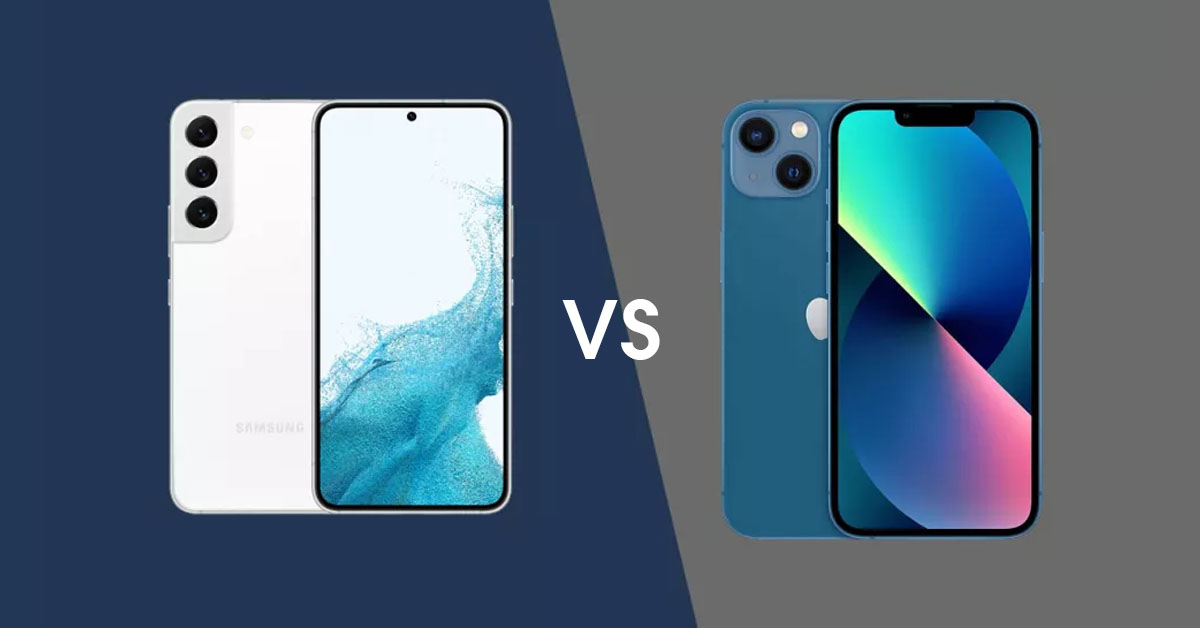 With the 120Hz screen, Samsung Galaxy S22 will be able to give out a better image, better display, especially when users use it to watch movies or videos.

Before dissecting the Galaxy S22 and the iPhone 11, let’s have a quick look into their specs:

In terms of performance, Galaxy S22 has found its match. Apple has given iPhone 13 the A15 Bionic, an incredible chipset with extremely powerful performance.

According to a performance test on Geekbench, the latest A-series processor scored an incredible 1,684 points in the single core test, and 4,628 points in the multi cores test.

Meanwhile, the Samsung Galaxy S22’s Snapdragon 8 Gen 1 only scored 1,232 points in the single core test, and 3,433 points in the multi cores test.

As for storage, the Galaxy S22 has 8GB RAM as well as a selection of 128GB or 256GB ROM. On the other side, iPhone 13 possesses 4GB RAM and 3 ROM options: 128GB, 256GB or 512GB. It is clear to see that the Galaxy has twice as much RAM as the iPhone 13. However, there won’t be much of a difference between the two in terms of multi-tasking, since Apple is famous for the optimization on their products.

This is one of the most concerning aspects, other than performance, when it comes to Samsung and iPhone comparison, and the Galaxy S22 and iPhone 13 are no exception.

Apple has equipped their iPhone 13 with a double 12MP rear camera on the back, similar to its predecessors. However, there is a minor update, that is bigger sensor, which helps improving the image quality, and have better pictures even in low light condition. 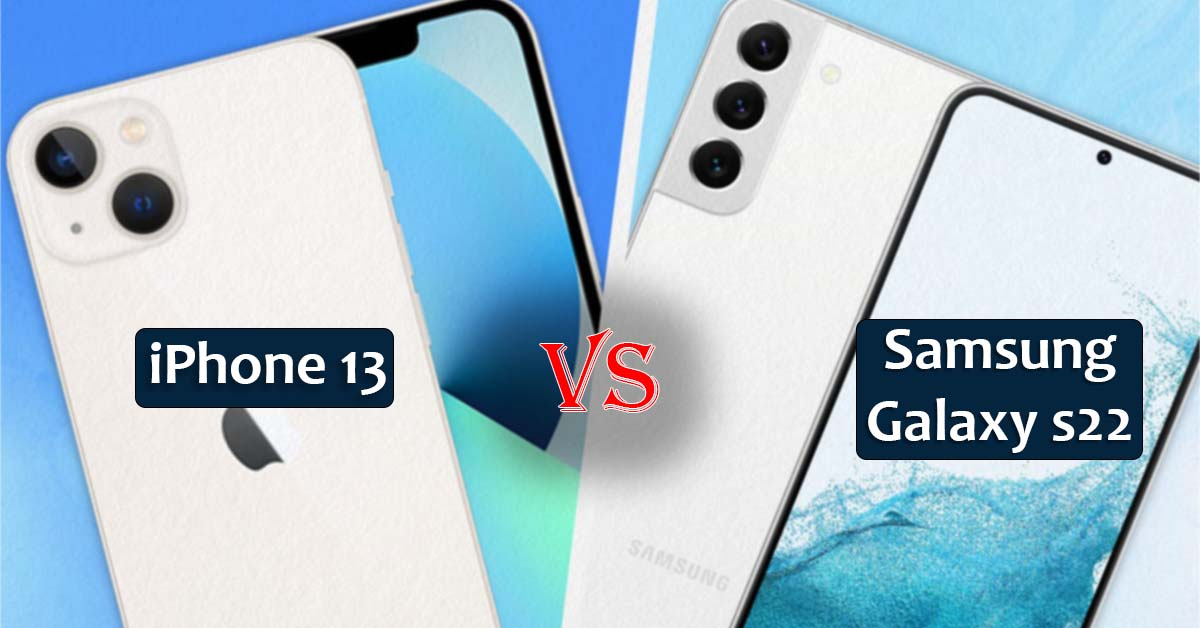 On the other side, Samsung has favored their flagship by applying some improvements to the Galaxy S22. Having a main camera of 50MP with f/1.8 aperture, as well as a number of new features like the Nightography, offer better quality night pictures. Moreover, the Galaxy S22 also has a 12MP ultrawide lens and a 10MP tele camera with x3 zoom. 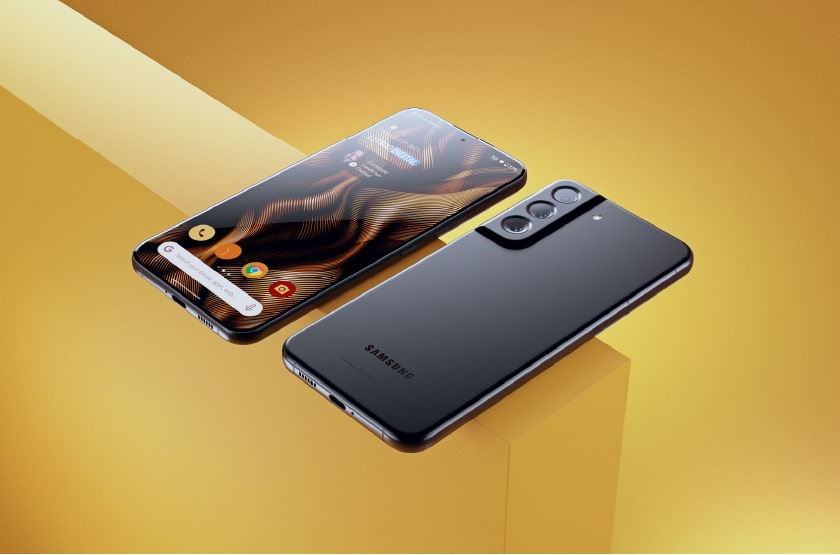 As a matter of fact, there is surprisingly no difference between the two. This is because Apple has optimized the iPhone 13’s hardware and well as the iOS, so that the iPhone 13 can save more power in use, and can still provide quality time all day long, just like the Galaxy S22.

It is obvious that both flagships have its own advantages as well as disadvantages, and both of them are undoubtedly the best smartphones in the world. Galaxy S22 has the upper hand in modern design, fashionable color as well as the 50MP camera. As for iPhone 13, the powerful performance of the A15 Bionic is its leverage. It really depends on you and your needs. If you are a photography enthusiast and love to take photographs, you should buy the Galaxy S22. But if you prefer playing games or want to have a smooth user experience, the iPhone 13 is the right call.