IPhone 13 Review: Not The Best But Practical!!

At the annual event on 9/2021, Apple has released the iPhone 13, with not just new features, but also many improvements compared to its predecessor, the iPhone 12. However, many users said that this is not the best iPhone that Apple has ever created. Why is this the case? This iPhone 13 review article will help you to figure it out. Let’s begin, shall we?!!

Overall, iPhone 13 or iPhone 12, they are still iPhones, so there is nothing to complain about its performance. Let’s take a quick look on the iPhone 13 specs:

As you can see, the iPhone 13 is equipped with the latest A15 Bionic and the Apple GPU. According to Apple themselves, this chipset is 50% faster in CPU and 30% faster in GPU than any other opponents. Fact is, we have held a survey on iPhone 13 review, many participants stated that they do feel like they have better experience, both at usual entertaining as well as gaming, but the difference is not much. 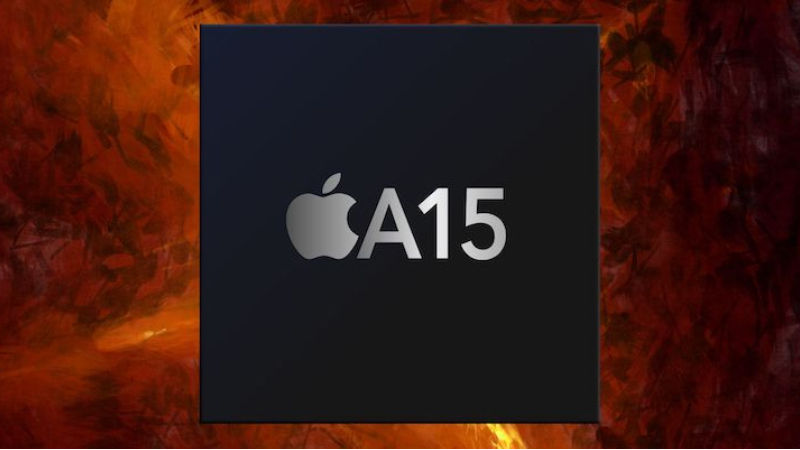 The iPhone 13 is able to run all apps almost immediately, the ability to handle multi-tasking is also impressive, as well as run smoothly on all popular games at the moment, thanks to the OLED display and the GPU upgrades.

However, these features are all available on almost every high-end smartphone, and even though iPhone 13 is slightly better, users will not be able to tell the difference between the iPhone 13 and the Samsung Galaxy S22 or even the iPhone 12.

In terms of storage, you can easily notice that iPhone 13 has removed the 64GB edition, the lowest storage version will start from 128GB. This will benefit anyone who has the intention of using this phone long term.

For me personally, the iPhone 13’s 6.1 inch screen is quite appropriate and neat to hold. Some iPhone 13 review said that the 6.1 inch is kinda small compared to almost every other smartphone out there, all of which possess a 6.5 inch screen or more. However, the iOS and all other apps are optimized for the iPhone 13 screen, so I think it’s enough to hold, not to feel too big and bulky. 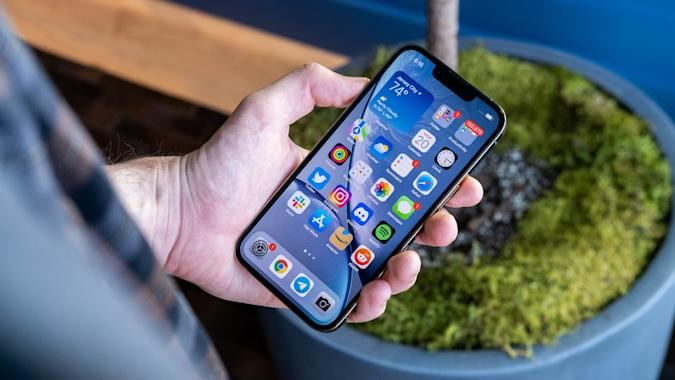 The rabbit-ear got a little wider and smaller notch, which give us more display on the top screen. But Apple hasn’t really taken full advantage of this improvement, let’s hope that they will add more displays or something to this feature.

The speaker phone has been moved to the top, but Apple added a lair of plastic around it, making it look quite unappealing. So to me, this is a small minus in the design.

The one thing that disappointed me is the 60Hz frequency of the iPhone 13 display. And not just me, many other iPhone 13 reviews are also stated the same. If you are a loyal customer of Apple, you might be familiar with the 60Hz screen. However, if you are new to iPhone, or used to the iPhone 12 Pro, this might frustrate you a little bit. 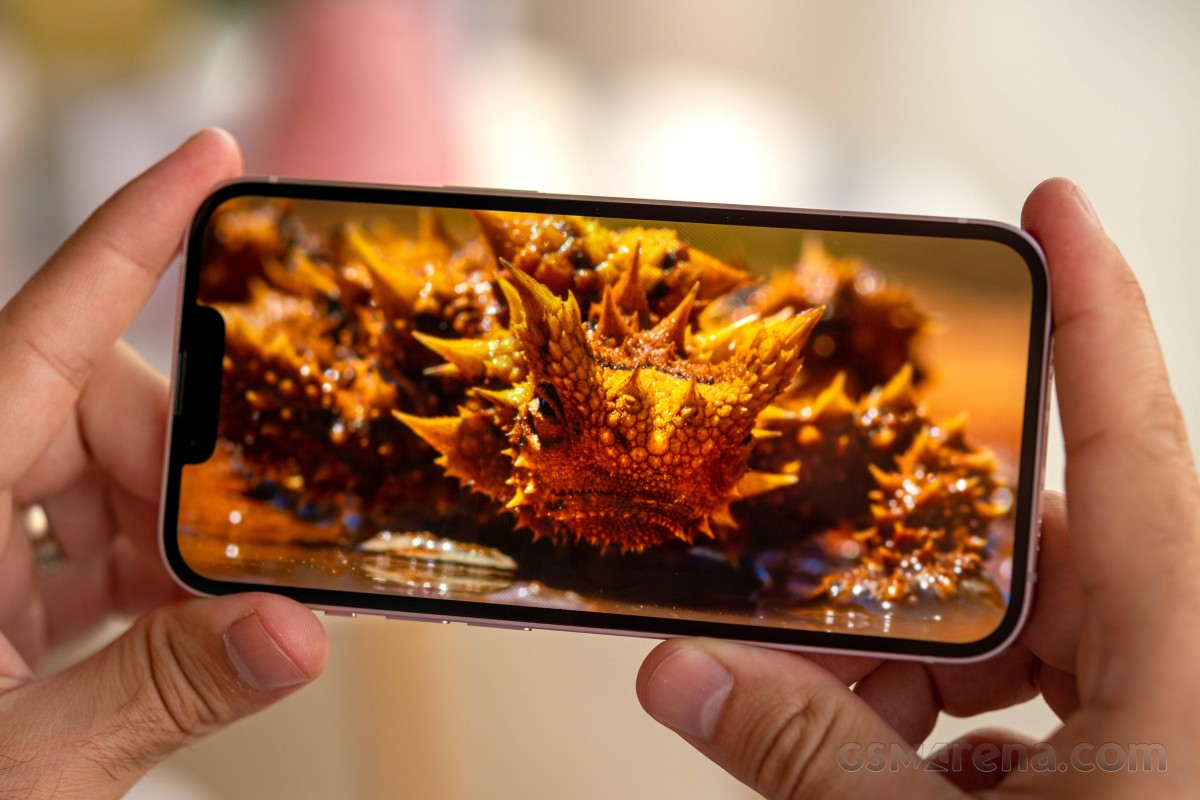 Many game developers have developed their game to have higher FPS (Frame per second) to please gamers, so the 60Hz display may encounter some problems in the future processing games.

Before digging into the new mode, let’s have a quick look on the iPhone 13 camera specs:

There is not much of a difference in terms of camera specs compared to the iPhone 12. The Sensor Shift OIS technology on iPhone 13 is the new released on iPhone 12 last year, this technology offers stability and noise resistance, which deliver the best quality photos.

Other than that, our iPhone 13 review have noticed some of a new feature on the camera. First of all, the Photographic Styles, which is beneficial for photographers who have a certain style. This feature can adjust multiple factors that can give you the pictures to your liking.

The biggest improvement is the Cinematic Mode. This Mode allows the camera to focus on the targeted face and blur the other parts. It would also track other faces in the scene, so that users can easily switch between targets. Not to mention, iPhone 13’s camera can take videos with quality up to 240FPS. This is extremely beneficial for many filmmakers. 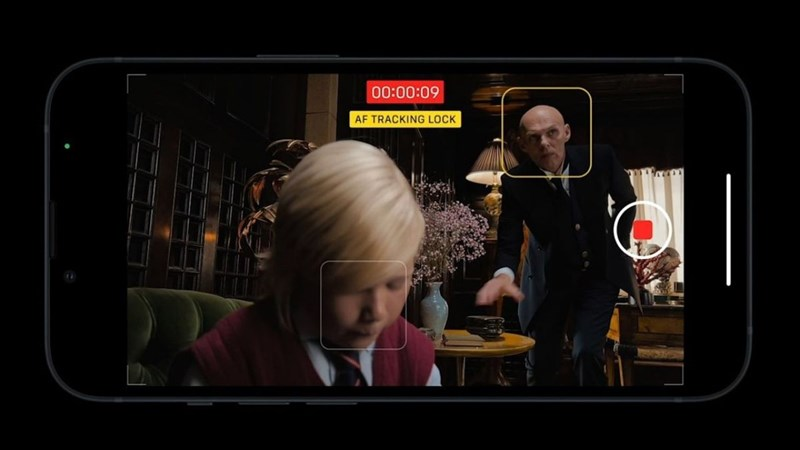 iPhone 13 is equipped with the largest battery in the history of iPhones, up to 3240 mAh. Some iPhone 13 review claim that it can handle continuous maximum brightness for nearly 9 hours, which is really impressive. 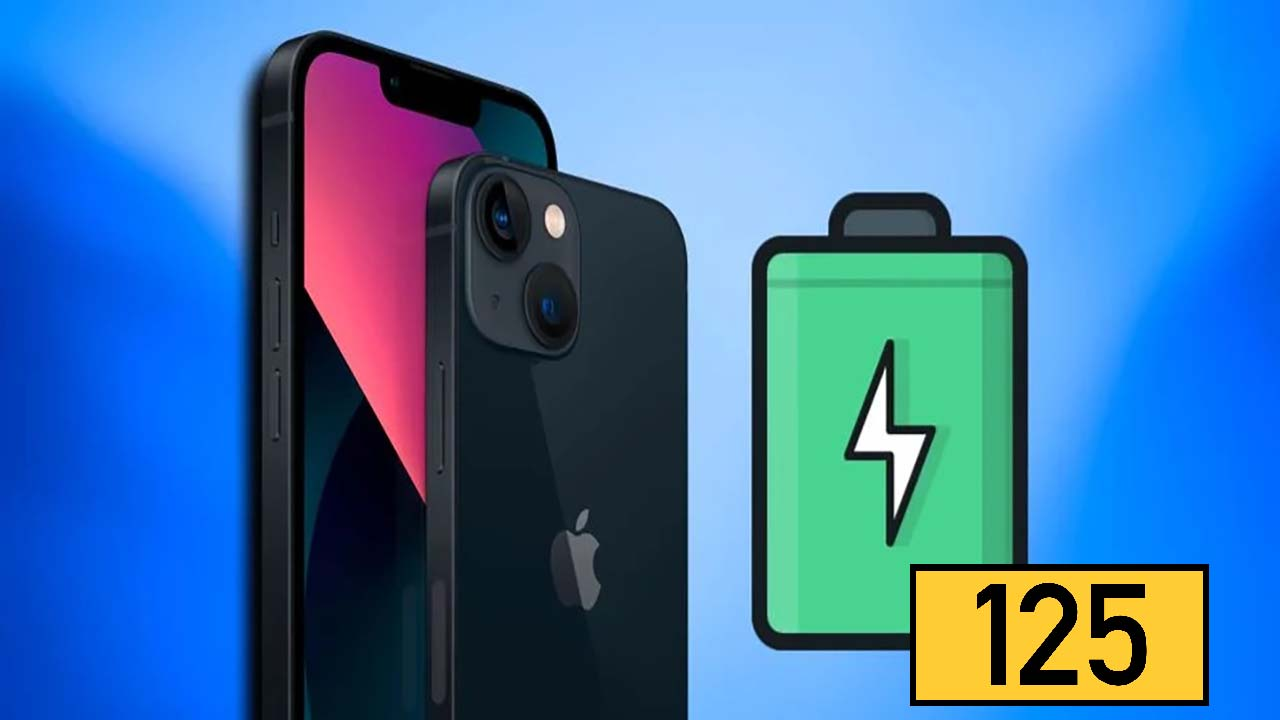 Our iPhone 13 review have shown the real-time on screen, as they use it for personal purposes like watching Youtube, playing games like PUBGM or Wild Rift, Arena of Valor,…. And the result is stunning, the endurance of the battery is 7 hours 30 minutes. Which is incredible for an iPhone.

One bummer feature of iPhone 13 is that Apple hasn’t upgrade the charging speed, iPhone 13 still only support 20W wire charge and 15W wireless. Let’s hope that we can experience faster charging speed on the upcoming iPhone 14.

Realistically, from my own experience and according to other iPhone 13 review out there, the A15 Bionic really does a great job in heat control while playing games and helps prevent lagging as well as disrupting the FPS.

I used to play games on my iPhone 11, after 30 minutes, my phone was scorching hot, I felt like my hands were about to become Ghost Rider’s hand. It was so hot that I have pause for a while and wait for it to cool down. However, I don’t have to experience that with the iPhone 13, so this is definitely a plus.

In a world full of shopaholics, who spends less and still gets more is the winner. If you are on a budget and tempted to have an iPhone 13, or just simply need an iPhone 13 coupon code, make sure to pay our Website a visit. We will not let you down for sure.

“Couponing doesn’t make you cheap, it makes you smart”.

What is the aspect ratio of iPhone 13?

Where is iPhone 13 Manufactured?

The Iphone 13 is made in China, since Apple’s facility are located there, however, it is designed in America.

How much iPhone 13 weighs?

The iPhone 13 weighs 174 grams, slightly heavier than the iPhone 12, but it’s not significant so you shouldn’t be able to notice that.

Is iPhone 13 comfortable to hold?

Yes, many iPhone 13 review have claimed that they prefer iPhone 13 because it is more compact and neat, therefore, extremely comfortable to hold.

There are some significant improvements on the iPhone 13, like larger battery, new camera modes. However, it’s not perfect, with the 60Hz screen and a non-distinguish performance. So if you have OCD, this upgrade is not for you. For me personally, the iPhone 13 is worth the upgrade, with great camera and wonderful performance, not enough to be outstanding, but enough to satisfy.