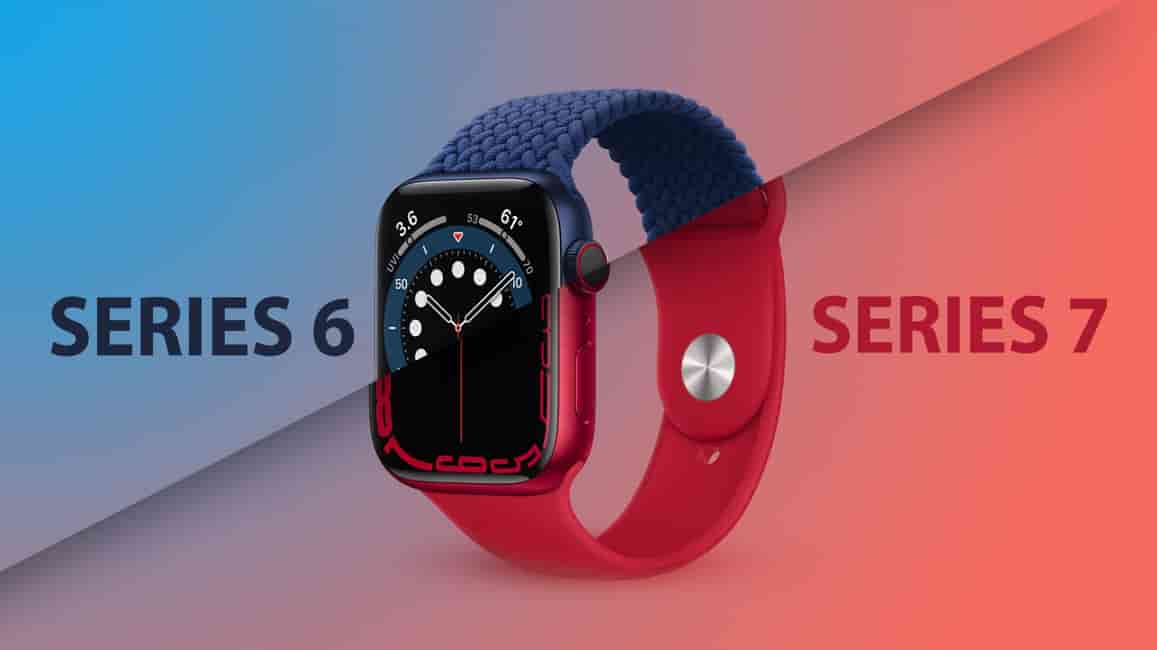 When we touch and see the design of Apple Watch Series 6 and 7, we see a similar design. One of the feature that I like in the newest apple watch is its case. The case of the Apple Watch Series 7 has a new design with softer and more rounded corners. Furthermore, there is only one speaker grille on the left side of the device, and the overall appearance has been slightly refined.

First of all, The dimension of casings of the ‌Apple Watch Series 7‌ is 41mm x 45mm, while the figure for the Series 6 is 40mm x 44mm. This is a 1mm increase that make the weight difference when switching from an aluminum to a stainless steel model even more pronounced.

If you were particularly fond of a Space Gray, Silver, or Gold aluminum Apple Watch Series 6, you'll have to consider which color you'd prefer for the Apple Watch Series 7. While the different color options may not influence which of the two models you would purchase as your first Apple Watch or as an upgrade from an older model, they are still an important consideration.

The Series 7 Apple Watch is more robust than the Series 6, with a more crack-resistant front crystal. The new crystal component has a more durable geometry and is more than 50% thicker than the Apple Watch Series 6 component.

The Apple Watch Series 7 is also dust-resistant, which is quite suitable for the environment such as the beach, jungles, and deserts. The figures that all of these series have is "swim-proof," with water resistance of up to 50 meters.

One of the most noticeable differences between the two series is the display size. The Series 6 has 3.0mm thick borders around its display, but the Series 7 has borders that are only 1.7mm thick. The Series 7 has larger casing sizes and larger displays with nearly 20% more screen area than the Series 6.

The user who uses the Apple Watch Series 7 models can be more comfortable because of the larger display. The display allows more content to be displayed, and Apple has optimized watchOS 8 to take advantage of the extra space with larger menu titles and buttons in apps.

The chip is using the Apple Watch series 7 are so similar, and they share the same identifier.

Apple claims that the S6 and S7 chips outperform the S5 chip in the Apple Watch Series 5 and Apple Watch SE by 20%, indicating that they have equivalent performance.

The S7 chip changes are mostly minor tweaks to maintain the same "all-day" battery life with a larger display. Apple did something similar with the S5 chip, which had the same CPU as the S4 chip but added a gyroscope.

However, If you do not need a “strong machine” - The S7 chip which is base on the Apple Watch Series 7  is not a good reason for you to upgrade to the ‌Apple Watch Series 7‌, representing a small iterative improvement rather than any noticeable performance or efficiency boost.

The Apple Watch Series 7 includes blood oxygen monitoring. This feature allows the user to understand their overall fitness and well-being. The proportions of oxygen saturation will show how well-oxygenated blood is delivered throughout the body.

On the back of the Apple Watch Series 6, there is a blood oxygen sensor with four clusters of green, red, and infrared LEDs. They use an advanced custom algorithm to determine blood oxygen saturation between 70 and 100 percent by measuring light reflected back from blood.

According to Apple, the Series 7 requires only eight minutes of charging time to provide eight hours of sleep tracking. This is due in part to the inclusion of a new USB-C magnetic fast charging cable with the Apple Watch Series 7 in the box. 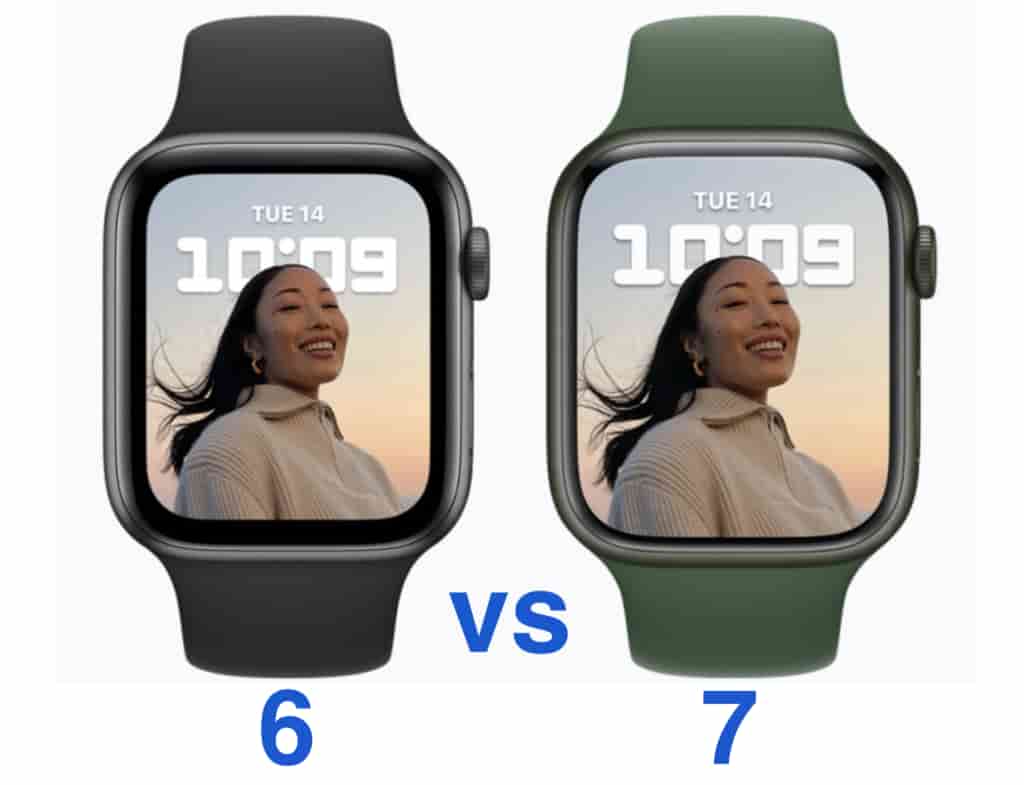 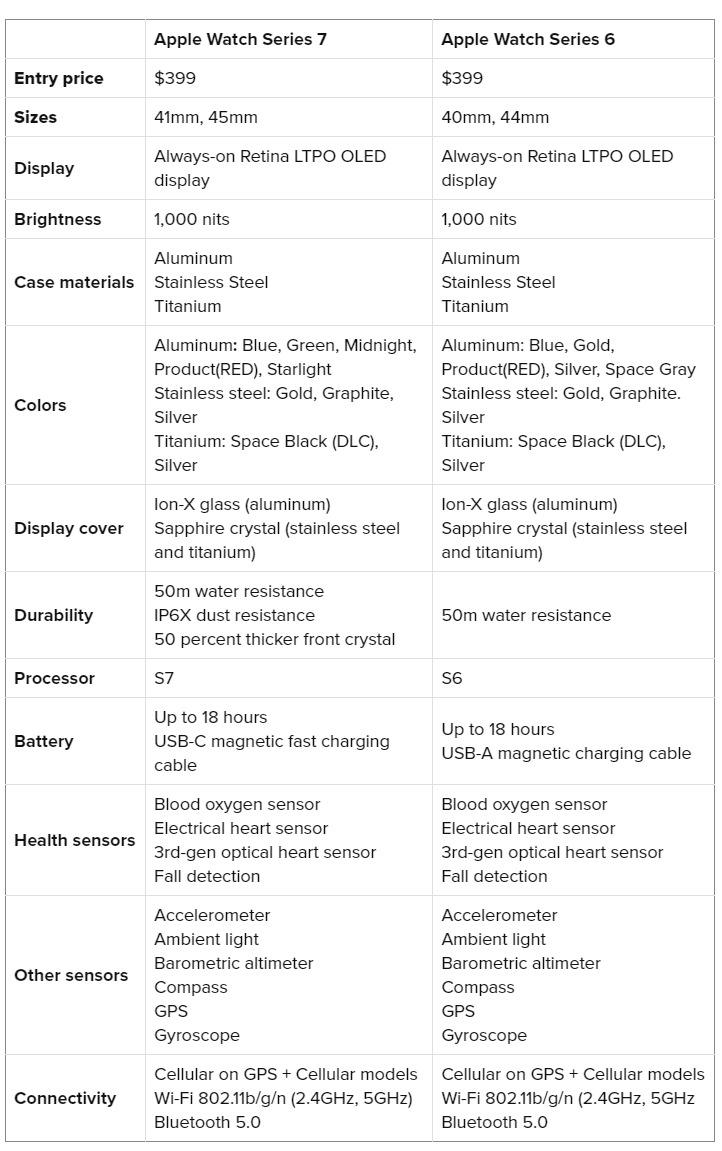 Overall, the ‌Apple Watch Series 7‌ is a minor upgrade over the Apple Watch Series 6, offering larger displays and casing sizes, new color options, improved durability, the S7 chip, and faster charging. These features are mostly iterative improvements rather than major reasons to upgrade, and the Series 7 does not add any new functionality.

If you're on a tight budget and aren't particularly interested in the extra features of the Series 7, the Apple Watch Series 6 is still an option worth considering if you can find it at a reasonable price. It has many of the same features as the newer model, such as the ability to take ECGs and monitor blood oxygen levels, but it should be noted that the Series 6 is already over a year old and may not support software updates for as long as the Series 7.